Visiting Disney during peak times of year, such as 4th of July or Christmas, will increase in the cost of your vacation. While it may be tempting to visit during a less expensive time, there are so many reason why visiting during these special occasions is worth the extra costs.

Because more guests visit Walt Disney World during peak times of year, Disney often makes changes to accommodate having extra guests. Longer park hours are one of the benefits guests visiting during the summer months and Christmastime can often experience. This mean, in addition to the Extra Magic Hours you’ll get by staying on-property, you’ll also get more time during the regular park hours. While the hours do fluctuate from day to day, guests visiting during peak times will often see an additional hour or two over time the park is usually open during the least crowded times of year.

Longer park hours can sometimes mean extra nighttime fun. When I have visited Walt Disney World the week of 4th of July, on select nights Hollywood Studios has offered two showings of Fantasmic! One of these shows usually starts at park closing which means you can enjoy the attractions in the park longer before making your way to the show. Keep in mind, you’ll still want to arrive about an hour ahead of time, even for a show taking place at park closing.

Special events are one of the highlights of visiting Disney during peak seasons. Fourth of July, my favorite time of year to visit, often gives guests a chance to see two different fireworks shows at Magic Kingdom during their vacation. This year guests will be able to see the new fireworks show Happily Ever After. Also currently on the Walt Disney World calendar for July 3rd and 4th are special performances of Fantasy In The Sky, the fireworks show which ran from 1971 to 2003 at Magic Kingdom. For me, there is no better way to celebrate the Fourth of July than with a spectacular Disney fireworks show. No other fireworks show I’ve seen even comes close to comparing.

The Disney imagineers always know how to bring the magic of the season to life, whether it be Easter, Halloween, Christmas, or any other holiday. Whatever the season, I enjoy seeing the beautiful decorations at the parks and resorts. For the Fourth of July, Cinderella Castle can often be seen dressed in red, white, and blue as projectors shine our country’s colors onto the castle after the nighttime fireworks show. During Christmastime, beautiful garlands hang high above Main Street, U.S.A. and elaborate Christmas trees decorate each of the four parks. At night, snow can be seen falling on Main Street. The magic of Disney combined with the magic of Christmas makes for an incredibly magical and memorable vacation.

Is It Worth It?

While visiting Walt Disney World during peak seasons is more expensive, I highly recommend splurging on a summer or Christmas vacation. I have visited Walt Disney World many times, and though the smaller crowds and lower costs during less crowded times of year are nice, my favorite times of year to visit are still Fourth of July and Christmas. Nothing compares to being able to celebrate our nation’s independence at The American Adventure at Epcot and by watching a special fireworks show over Cinderella Castle. Visiting during Christmastime combines my favorite holiday with my favorite place on earth, making for a magical vacation. The extra magic available during peak times, the special events, and the special decorations combine to make splurging on travel to Walt Disney World during peak seasons a special and memorable experience well worth the extra expense.

Have you visited Walt Disney World during peak seasons? Let me know your favorite time of year to visit in the comments below. Also, be sure to check out the other great Disney splurges along Magical Blogorail Blue.

For ways to splurge at Disney,
check out the other great posts from the Blogorail!

Here is the map of our Magical Blogorail Blue | Disney Splurges Loop:

The extras are nice but I can’t deal with the crowds! I like the longer hours though!

The crowds can be a bit much, especially at New Year’s. But I grew up visiting 4th of July, so they don’t really bother me. Yes, the longer hours are awesome!

It’s been years since I’ve been to Walt Disney World during a peak season. One year, though, I was there for New Year’s Eve! I remember enjoying it, even though it was really, really, crowded. You’re right that they do a lot of extra stuff at those times! Maybe again someday… if I can convince my husband to brave the crowds.

I’ve also been for New Year’s…once. The crowds were crazy, even for someone who’s used to WDW being very crowded. It was fun though! 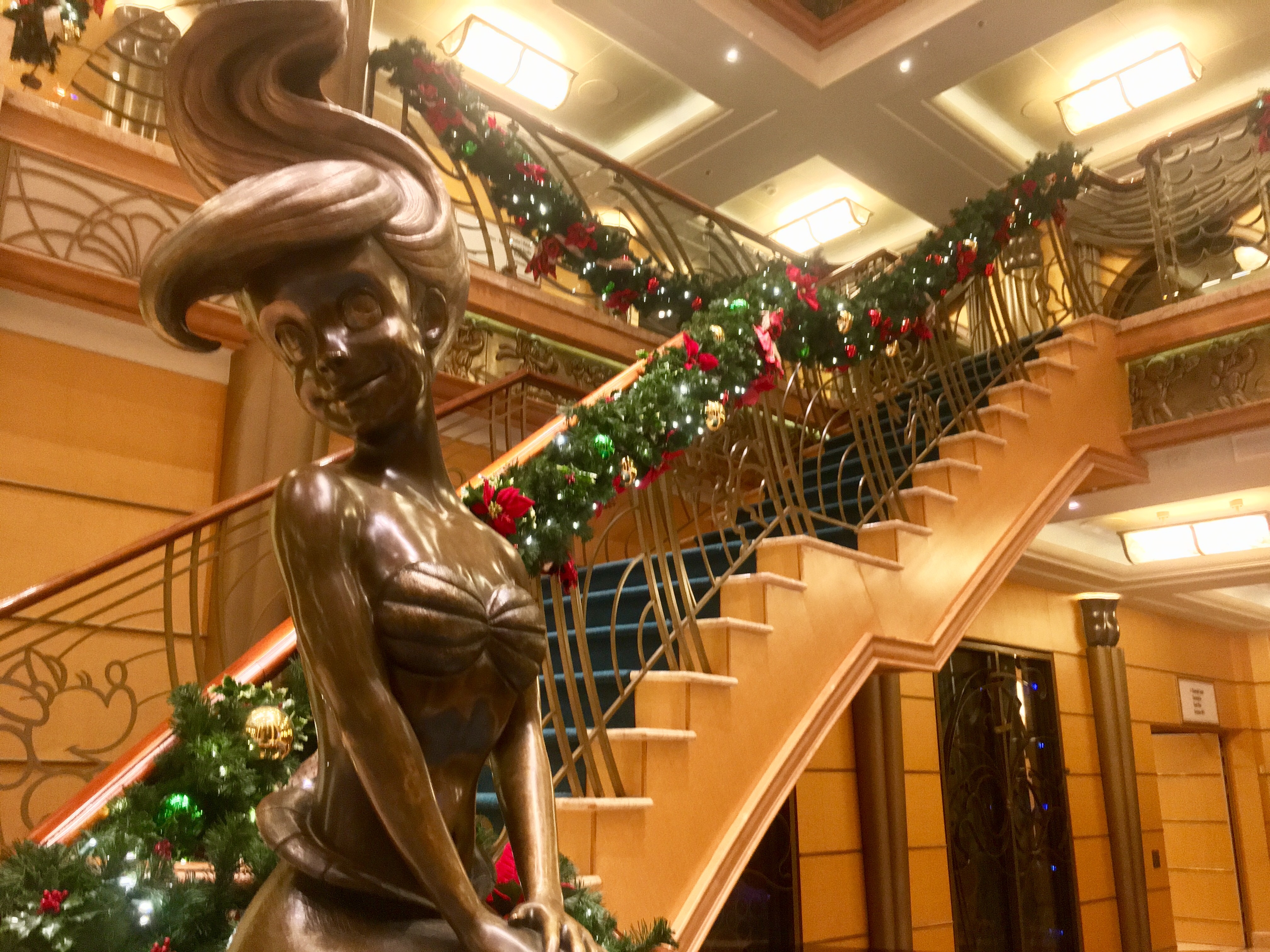 e during the Very MerryTime celebrations!

Your picture is so pretty! I’m sure the ships look beautiful decorated for Christmas. I’m going on my first Disney cruise later this year! So excited!

Everything comes with a trade-off, doesn’t it Kimberly? I think every season should be explored at least once. One of our all-time favorite trips was a 2-weeker during Christmas/New Year’s time. The perks were spectacular, and the parks were open almost around the clock.We knew to expect insane crowds, and adjusted our touring accordingly. Though we haven’t braved it again since, if enough time passes, we would venture back during the peak of the peak seasons!

It does! I agree, Disney should be experienced during every season! Christmas/New Year’s at the parks is a lot of fun. Like you, I’ve only done that once…so crowded on New Year’s Eve! But I would do it again. The parks were gorgeous and it was the most magical time of year to visit.

Do you LOVE Disney park music? So do we!
That’s why we created Park World Radio as a commercial-free way to bring the magic of the parks to you through music.

Listen to your favorite music from Walt Disney World, Disneyland, and Disney Parks from around the globe.